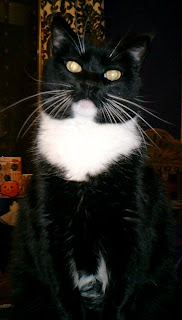 On Tuesday, November 13th, 2012,  I said goodbye to my best friend. My fat black and white tuxedo cat. My Moocher. He found me through a friend, who had found him begging in front of a Starbucks. She named him Saffron but couldn’t keep him since she already had two cats of her own. The first day I saw him, he was in her car on the way to the vet for a check up. She had told me that she had found an older kitten and needed to find a good home for him. I had wanted a kitty so I took a peek. When I looked into her car, at first I couldn’t see him. He was hiding under her seat and when I finally saw him, all I could see was his whiskers. The longest white whiskers on a tiny black and white cat. I fell in love in that instant and told her that I wanted to adopt him.
That was about sixteen years ago. I couldn’t keep the name Saffron because it didn’t suit him, he was a mooch, and he loved food, all kinds of it… and his belly became as big as his heart over the years. He was with me through it all. My divorce. Moving to Hollywood. He was my best little buddy. My confidant. My muse. My bedtime teddy bear. My acrobat. My paper shredder. My midnight piano player. My vacuum cleaner. He was more like a dog, than any cat I have ever met. In that beautiful black and white fur coat, I dried many tears. Into those big yellow eyes I sang many songs. With his playtime, he would hide and rear up on his hind legs to wrap his paws around my leg and tackle me as I walked by, then run away as fast as he could, I’m sure laughing the whole way at my screams. He would chase his tail to such delight that he would do summersaults across the entire room and I would laugh hysterically at his antics. He fell in love with Tony before I did, and with every visit their ‘wrestling’ would become the highlight of Moochers day. I think that was one of the things that made me fall in love with Tony and see him as more than a friend and band mate… he played so well with my ‘child’, my cat, I knew he loved him as much as I did. My ex didn’t even like Moocher that much, he just tolerated him because I had wanted the kitty so damn much. 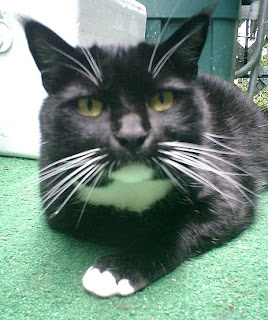 Tony became the only Daddy Moocher would ever know, and he loved Tony more than me I think sometimes. We threw parties for his birthdays; we dressed him up for Halloween. We even had a place at the table for him at Thanksgiving (his favorite holiday), and he had a stocking filled with toy mice and treats for every Christmas. Like most cats, he went through quite a few of his lives. We thought we had lost him once when he escaped through a window at my studio apartment in Hollywood, but thankfully we found him quickly before he found his way to the street. Then about seven years ago, when I moved in with Tony and I let Moocher go outside in the yard, he got really sick, twice, and the vets had urged me to put him down, thinking he had feline leukemia. We did everything we could for him, blood transfusions, oxygen tanks, IV’s, you name it, and we did it.  He recovered perfectly and we called him a super kitty after the second testing of negative for the disease. 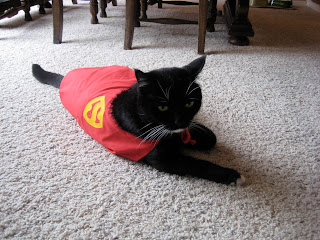 When I became pregnant I was worried how Moocher would react. He had been my ‘only child’ for so long, I felt maybe he would hate the baby. But as my belly grew, Moocher knew, and he would sleep with his arms and head on my belly and purr as the baby would kick at night, it was like they had their own language.  The day I brought Tyler home, Moocher acted like he had always known him and loved him, and the baby loved his kitty with his eyes until his little hands could grasp that cat’s fur. Mooch put up with so much torture from Tyler, and not once would he scratch or bite the baby, even if the baby was trying to pull the cat’s tail off. As Tyler grew, so did their games, and sadly since I was so pre-occupied with raising a child I didn’t notice that my beloved kitty was losing weight. Well, I did notice, but I told myself that he was just getting older. He still loved to play, and he and his little ‘brother’ would run all over the house chasing each other. He still would beg at every meal, and had learned the best part of having a toddler in the house was the food that missed the baby’s mouth, would fall on the floor, and he sat at the baby’s feet beside his high chair and wait for the inevitable. 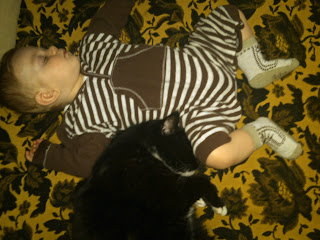 He seemed to grow more inactive in the past few weeks and suddenly he stopped eating all together. We knew something was terribly wrong. I cried at his weight loss and begged him to eat but after a trip to the vet and many tests, we found out the news of stomach cancer that was too advanced and incurable. We said our goodbyes this afternoon and I held him till he was gone. I loved Moocher more than I have ever loved any pet. He was a huge part of our family. I can’t imagine another, and my heart hurts so badly now, that I don’t want to. The hardest part of it all is not crying in front of Tyler, who seems to understand that his kitty was very sick, but doesn’t know why the doctor could not ‘fix’ it. He may not remember any of it, or he may never forget. I know I won’t. Thank you Moocher for finding me. Thank you Moocher for all the years of unwavering love. Thank you Moocher, my kitty, my best friend. 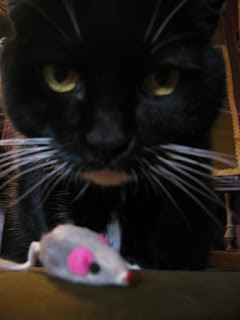 November's 'Reader of the Rock' is... 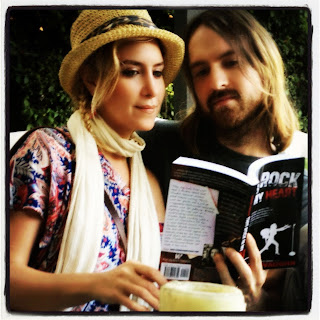 “This Rock in my Heart speaks directly to the will of an artist, striking a power chord with anyone who’s ever wielded an air guitar. Frankie Spencer stage dives off the page as a woman trying to make it happen in Hollywood as she courageously leaves everything behind that had been holding her back. Through Frankie, we revel in her rock-fueled journey amid the rancor, heartache and hidden fears that manifest when all you want to do is show what you've got. Tommie Vaughn has created a memorable and inspiring character who's as warm as she is edgy and brings the reader on a tumultuous yet uplifting journey that proves anything is possible with persistence, a little hard work and a whole lotta heart.”
~David & Gennefer Gross, TV Writers / Producers


How cool is that?! Thanks so much Dave and Genn! I am honored to have such a dynamic writing team review my novel.

I'm sitting here on a lovely Friday afternoon at the DMV, waiting to renew my drivers license. Not my ideal way I wanted to spend my day, but I must do this If I want to vote on Tuesday.

I cannot stress enough how important this election is, especially for women's rights. Every vote counts and there are many important propositions that need your vote, as well as the presidential candidates.

It will be worth every hour spent in this plastic chair, to cast my ballot on Tuesday.

See you at the polls! 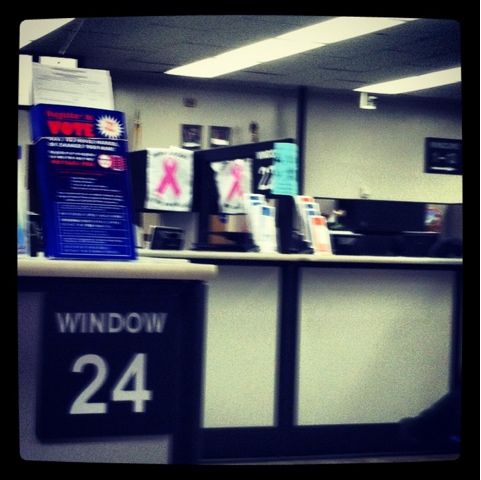