My latest column for the Sentinel Newspaper 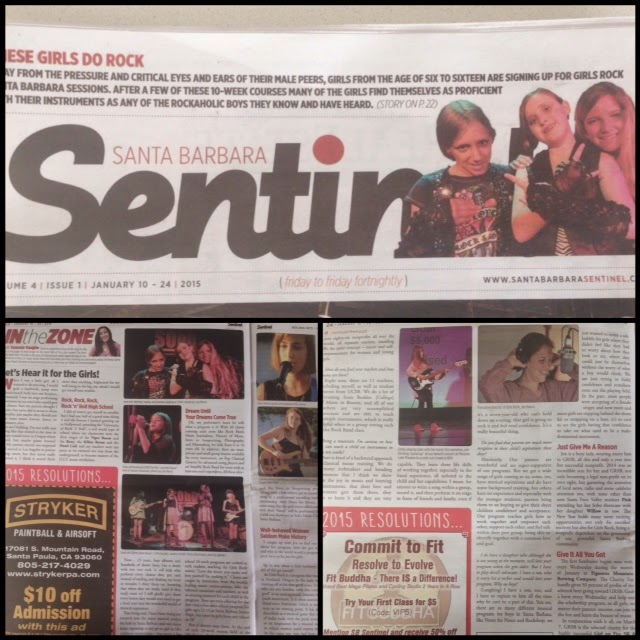 Let’s hear it for the Girls!
In the Zone by Tommie Vaughn

There goes my hero 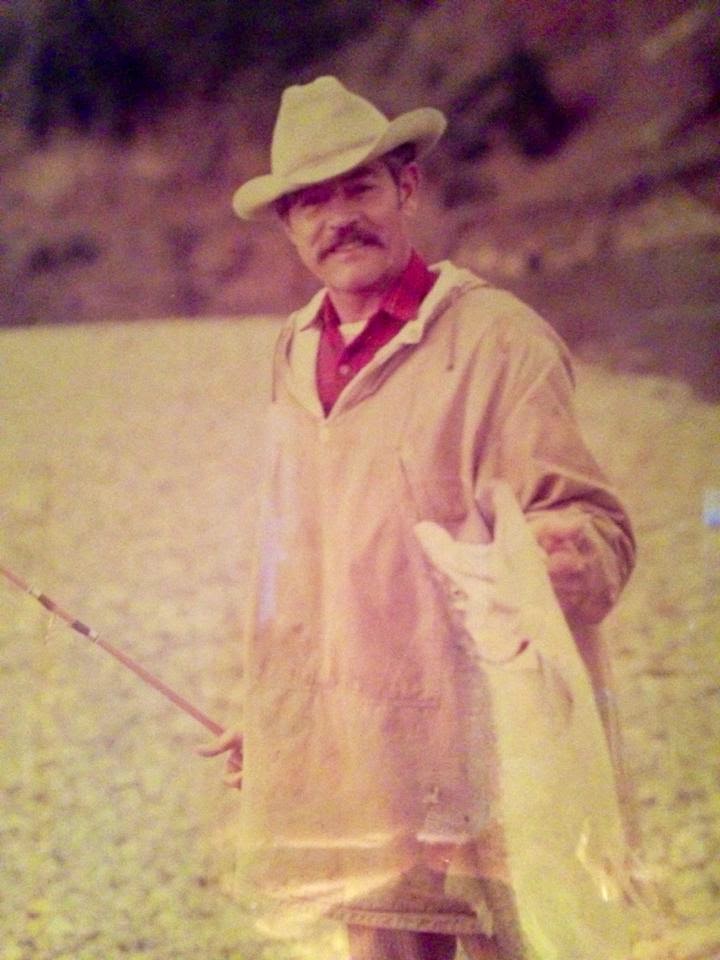 I've been very quiet lately. Which is very unlike me, to say the least. I know it's been months since I posted anything on this page and I think my tweets are down to a whimper. I apologize for my virtual disappearance but I have had to, not only because being a mommy of two wild children has me chained up most of the time, but because I lost someone who was my everything and I'm finding it very hard to "bounce" back from this darkness.

A few weeks before Thanksgiving, my father had jokingly complained about some excess pain and blood in his urine. The fact that my father would complain is a sign for most people, but he shrugged it off being forever a strong proud man of ninety one. He was going to go to the doctor and they said it must be a bladder infection, giving him medication that was sure to cure his ailment. Two days before Thanksgiving he woke up in excruciating pain and was absolutely yellow. Not a coward yellow, but physically his skin had turned the color of the brightest sun, or a bit like an "Ooompa Loompa" as we tried to smile although fear that now gripped our hearts making it harder and harder to breath, as my dad was rushed to the ER for test after test.

At first they said it looked to be gallstones and we exhailed just a bit but to be sure, they did a C-Scan as he waved to me from our Facetime conversation on my nieces phone, as she sat with him and my step mother at my fathers bedside in the hospital. My dad, being ninety one and living in my hometown of Reedsport, Oregon was still shaking his head in wonder as they wheeled him out of the room at technology today, and how I, his youngest daughter could be in California- but be seen and heard, clear as a bell, on the telephone. I remember laughing at him placing his thumb on his nose and wiggling his fingers at me then blowing me a kiss. My neice had promised to let me know the results as soon as they knew anything and I smiled as I hung up the phone and went back to my children playing, sighing in relief, knowing that gallstones were easily cured and my Dad would live to be 101, because of course someone like my father would.

When I heard my text go off I was standing in the kitchen. It read "Bile duct cancer" "It's not good" The text went on as I stood like a stick figure watching the words roll on as my brain began to turn and the hot tear ran down my cheeks. "Inoperable""Maybe 3-6 months" "Maybe less" I responded with three words as soon as my body would move enough to type. "I'm coming home"

I can honestly say, I did not see it coming. My father, even in his later years was tougher than boiled owl shit, and had me laughing every Sunday when we had our weekly call. Sure sometimes he felt worse for the ware but we all wrote it off as age and he joked that he still checked the paper for his obituary every day. So when I actually had to think that I was losing my father, my hero, I was in total denial and shock as my husband quickly went to look for airline tickets for our entire family to head home in a week. I even talked to my dad that evening and he was full of fire (and morphine) saying "Well honey, I consider myself lucky, the doctors say it's a really rare cancer, so I'm a special case for sure!"

It wasn't until I spoke to my step mother, who has been blissfully married to my father for 36 years, that she said my dad may go quicker than the doctors thought, as Hospice was called into their home and did an assessment of my dad's slipping vitals. We changed our plane reservations and flew out the following day on a Red-eye and I was standing alone in my fathers living room early the next morning staring at my idol, once larger than life, so handsome and strong, one minute looking like Elvis and the next the Marlborough Man with his white cowboy hat always upon his sturdy head and shoulders, now looking so broken and small seated in his favorite chair, in his satin blue pj's and a blanket covering his legs. The tears poured uncontrollably down my face as I said the words "Hi Daddy." And I rushed to his outstretched arms to cry on his shoulder all over again.

I think he held on for me. I think that he knew he was leaving us and he wouldn't go until he held me that last time. For an entire day he sat in that chair and we talked as much as he was comfortable, he hugged my kids and we laughed at the silly things they said or did. He even held my baby girl in his arms as she drank her milk and they stared lovingly into each others eyes for what seemed like hours as she reached up and tweaked his nose and we laughed like hell at her sass. My husband took one picture, of that exact moment, and then that was it, because we were there for a week and there would be plenty of time for pictures. We went home that night and my daddy went to bed too, but he couldn't get back up in the morning. It was like overnight the cancer had taken him and he was no longer there but in stolen glimpses as we sat by his bedside and our week turned into day by day as we watched him slip away from us slowly but surely. My husband and I took over a guitar and sang our songs to him and he would smile and shake his head, even sing along for a moment or two. My sister and I broke out his old ukelele and we sang him all the songs we used to sing when we were kids and he loved every minute of it.

But minutes were all we had as the final day came too soon and we assured him we would all be ok, we would take care of his wife and he had taught us to be strong. And of course we told him over and over that we loved him. Then he was gone. His last breath was at 5am on December 9th, and I have to say at that very moment I was lying in bed staring at my little boy who slept at my side in my sisters home just a few miles away. The parallel is not lost to me. I was looking at life as my father faced death, and I am so thankful for that moment of absolute clarity before my sister opened the guest room door and whispered, "Dad's gone."

When I faced my father one last time I knew he was gone. I knew it was just a body, not his soul and I held his lifless hand all the same, saying only two words "Goodbye Daddy"- and all at once I felt the little girl inside of me float away. She was riding on a seahorse of tears that took her with him and I'm just not sure if she will ever come back. My dad, even through our adolescent up's and down's (which I am so happy to brag were few and far between) was the first man I ever loved and for all of my years he loved me back fiercely. I always felt protected and there was never a moment when I didn't know that my father would die fighting for me, just as he fought for his country in WWII. Even though in my later years I had moved away to chase my dreams, ending up in the Los Angeles music scene, I knew my dad didn't like it, but he understood me all the same. You see, my father lived. He taught me to live my life and to be strong and never ever be afraid because he would always be there if I needed him, no matter what.

He cheered on my music, he bragged about my books, he highly approved of my husband and he stayed awake all night when I gave birth to my children. He said the happiest days of his life were when my sister and I were little and I should enjoy every moment of my kids. He offered me five dollars to sell him my blue eyed daughter and though I should cut my son's hair because he looked like a hippie or worse, a girl. He was from the old, old school and refused to get a computer that wasn't dial-up and the thought all those kids these days looked at their phones too damn much. He wept on Memorial day, and on Veterans day he wept again but he rarely would talk about the war and the evils he saw, he was more likely to tell you a lie than the truth of how he got shot in the chest or the knee, or was that by a bear that bit him? Or another time he took a shrapnel in his torso and worried that he had lost his dick until the doctor reassured him he was still intact.

I wrote his Obituary. I wonder if he read it? I tried my best to capture the essence of a man who was larger than life, but maybe that's it huh? He was too large for this life and now he's moved on. He took that little girl with him and he's teaching her cartwheels somewhere... And they are laughing, louder than most people ever laugh, just because they can, and maybe because they like to stir up a little trouble with their cackle roars, or because they like the looks on others faces as they catch them off guard. Maybe she will come back to me when she's done playing with her Daddy. Maybe not. I'm trying to be ok with that and I'm trying to be greatful for the Dad I had, the time we spent and the love we shared. I really am. So as I look at my children laughing, I smile because I know he will never be gone, he is them, he is me. And I am so very proud to be my fathers daughter. 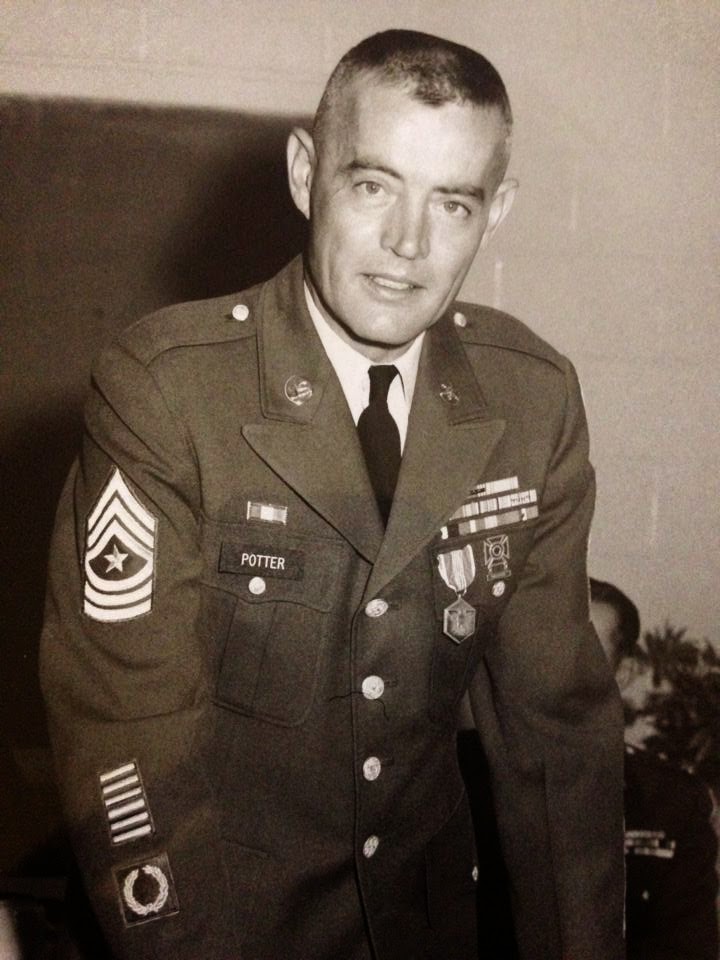 I wrote this for you Daddy: