I've noticed recently, I have too many different conversations going on simultaneously in my head.
If this happened to anyone else, they might lock em' up and throw away the key...
But for me- it means

Book Three.
Posted by Tommie V at 1:48 PM No comments:

Peddlers for a Song 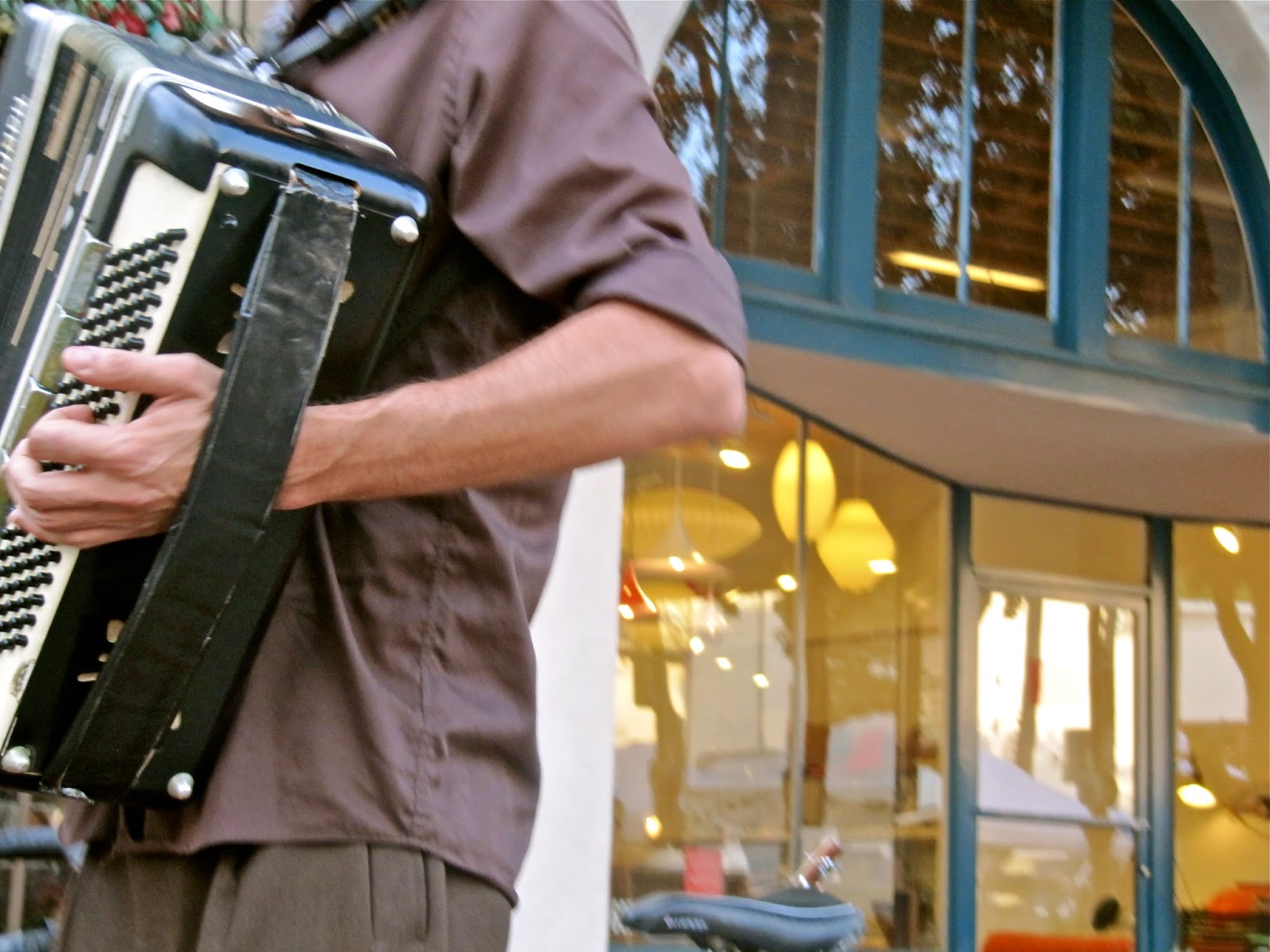 Peddlers of a Song
American Girl by Tommie Vaughn

I am all alone, my heart is my string and I dangle it in front of you, all around you, as you walk through the dusty streets, past the carrots, past the kale- my song calls out to you. Is it familiar? Do I bring forth a memory? Or does it evoke a feeling; stir some small place inside you, enough to make you stop in your path, to turn my way? Yes, it’s my soul on this sidewalk that I bleed for you. Won’t you take a listen? Won’t you hear my song? I am a street performer. Most of you will walk right past me, without a second look. So I play my song to no one yet to everyone, hoping to entice you, if even but for a moment. Won’t you hear my song?
This is only a fraction of the poetic nonsense that begins to filter through my head as I enter into Santa Barbara’s finest Farmers Market every Tuesday as music fills the air and I stroll from booth to booth. My senses are captured by every color, smell and beautiful sound that floats past my hungry ears. Of course I am here for the farm fresh organic vegetables, but it is the music that fills my heart with joy and so I keep showing up, again and again to awaken with the street sounds, as the peddlers of song vie for my attention… for my acceptance and for my smile.
They did it all for the nookie
Did you think I was going to say dollar? Sure, the performers would love for you to pay for their song. I mean hey, does anyone pay for music anymore? Mine’s all streaming for free just like most artists these days. Why would we need to eat? What those performers on every half block really want is for you to hear. For you to feel- and if their song can take you there then that’s an accomplishment that only the fearless will understand.
Most street performers are everyday musicians just practicing their craft. Bob Dylan used to do it, for tips or for the sheer fun of it he would strum his guitar with the other performers at Washington Square Park. B.B. King was just a boy when he would take to the streets of Mississippi for spare change and with that he would sometimes travel to over four towns a day until he happened into Memphis and the world of blues and jazz would never sound the same again. And we all love the story of Jewel, who slept in her van just so she could spend her days singing in the streets, till her crooked teeth and unforgettable voice would capture the hearts of San Diego small club owners and one very important record executive of Atlantic Records.
Dancing in the Streets
So today I will introduce you to a few of our sidewalk hero’s. Musicians that frequent our streets, our markets, and our hearts- all for a chance to capture our imaginations, take us away from the brussle sprouts and to sing their songs. 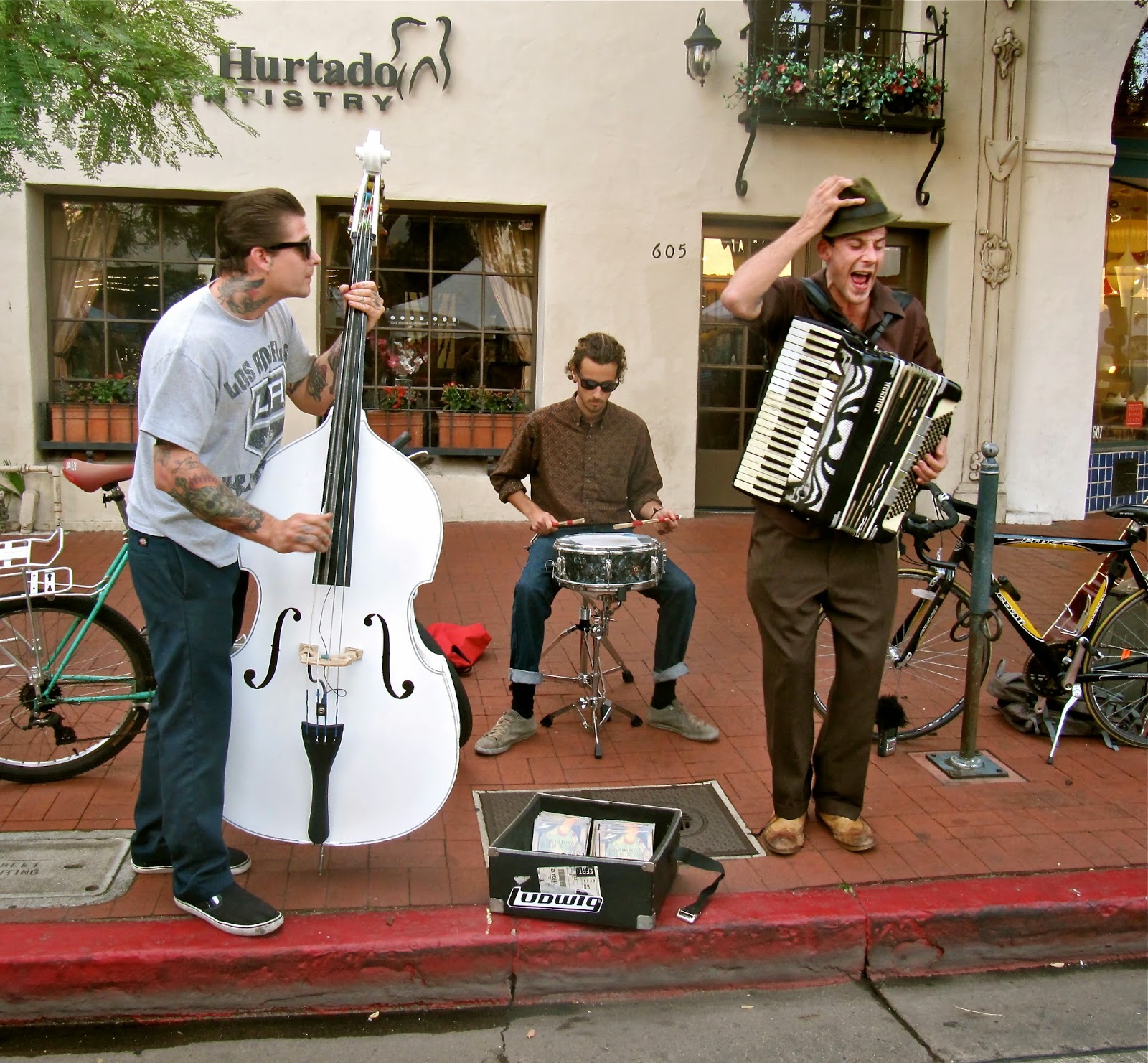 For D.on Darox & the Melody Joy Bakers, the market is a weekly stop in his day-to-day routine of street performing. He plays with his three piece, a full band or solo depending on the day, time and venue, traveling far from his home in Tennessee- finding himself a modern day nomad as he plays up and down the southern coast of California. As their take of “Dirty, Gypsy, Blues” begins with a heartbreakingly whimsical accordion intro and D.on’s gravely voice booming you to attention, the original music takes hold of your soul, sweeping your mind back to New Orleans, Bourbon Street, to a carefree time of a true musical independent spirit. 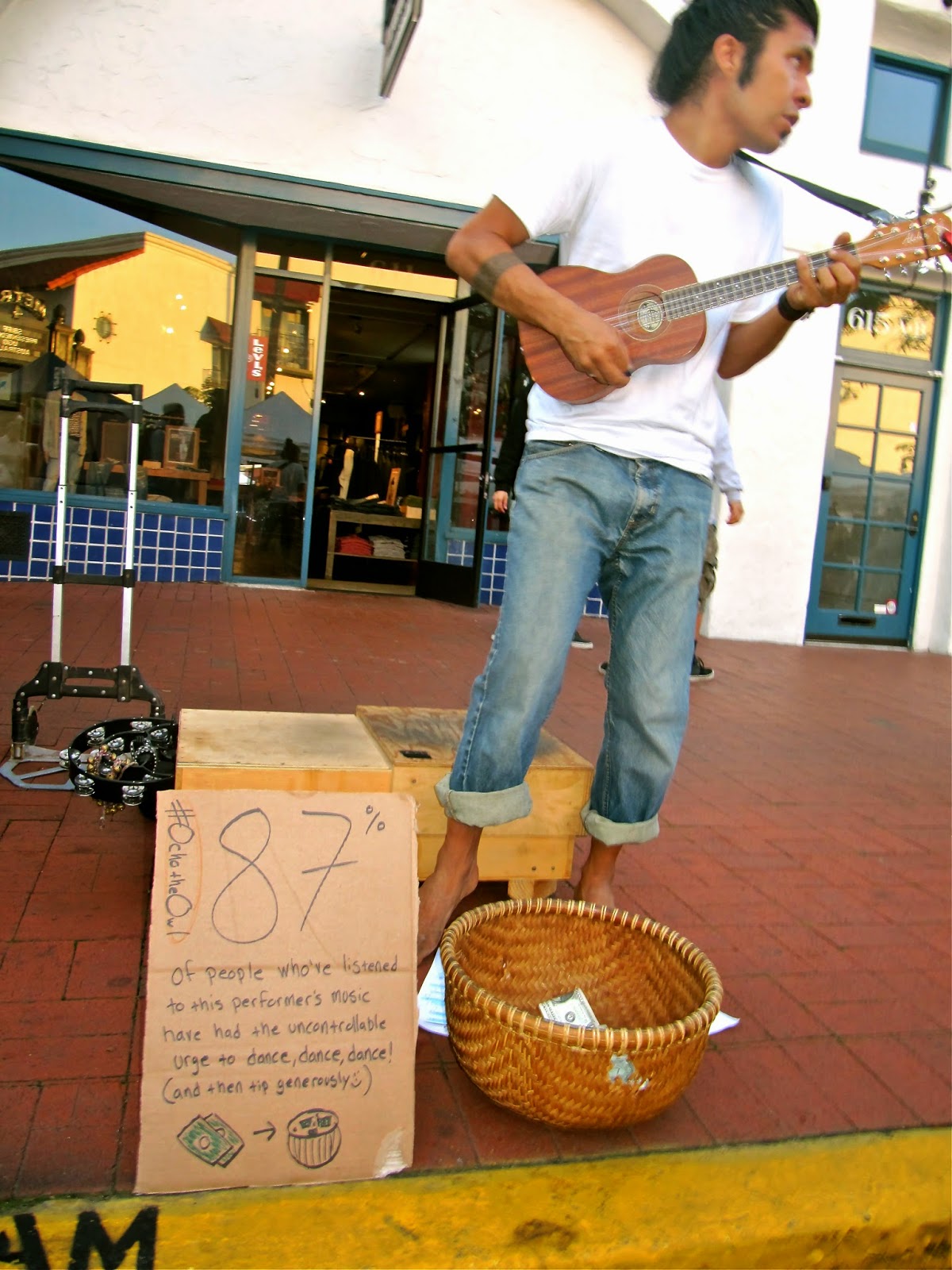 Ocho the Owl strums proud and alone on a wooden box with his ukulele tucked close to his heart as he sings his songs smiling shyly at a sign that reads: “87% of people who’ve listened to this performer’s music have had the uncontrollable urge to dance, dance, dance! (and then tip generously)” He travels locally from Farmers Markets to test new songs, and to entice a new fan base for local singer/songwriter performances. 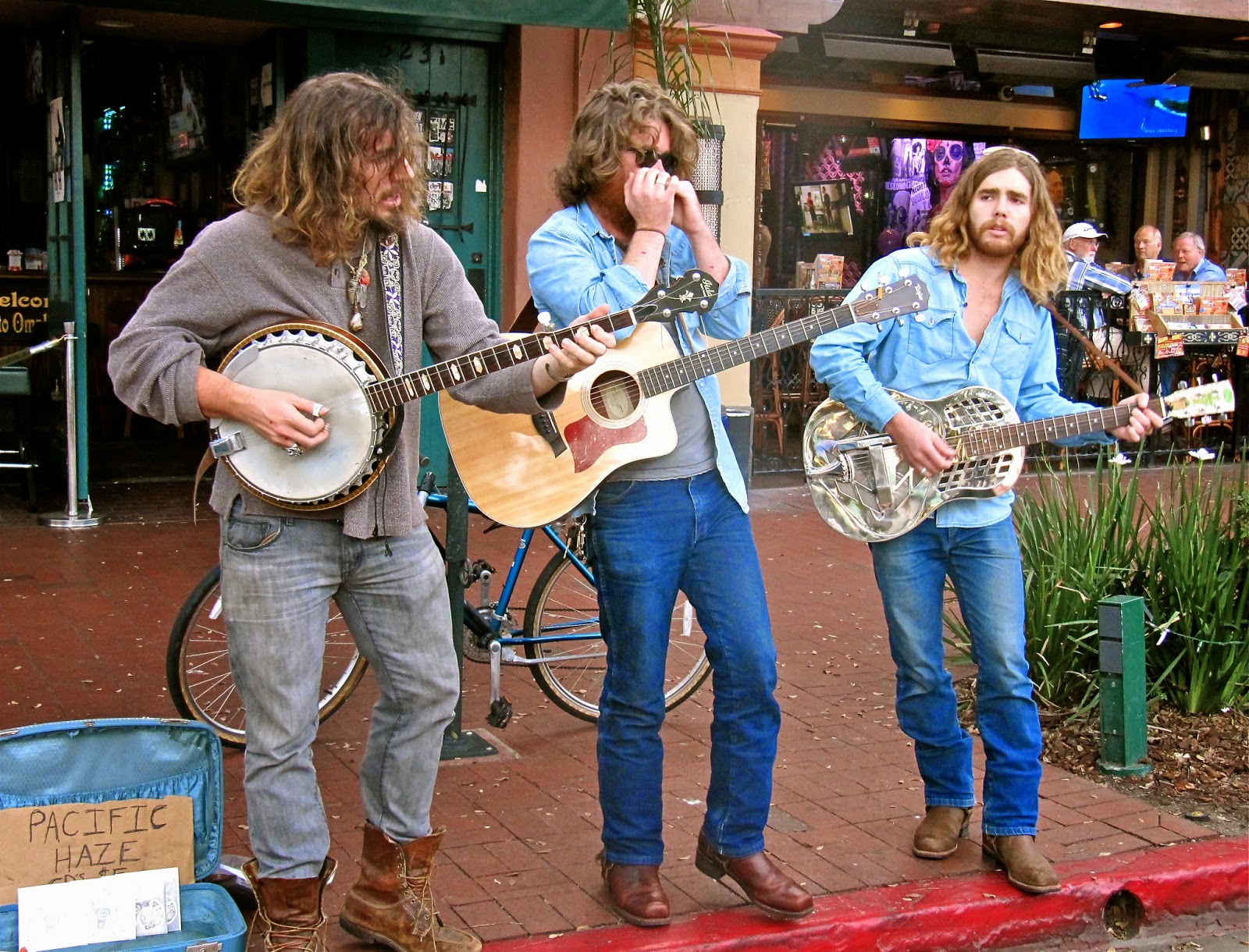 Near the pubs I see Pacific Haze is here again too, twiddling with their twist on Americana Blues, making the dirty hipsters stop to tap a toe as the banjo takes a ride with a fiddle, a guitar and a harmonica on their bushy beards and crooked moustaches. The harmonies are well blended and the crowd is theirs for the taking as I smile to watch small children dancing a jig in the street at the musician’s feet. 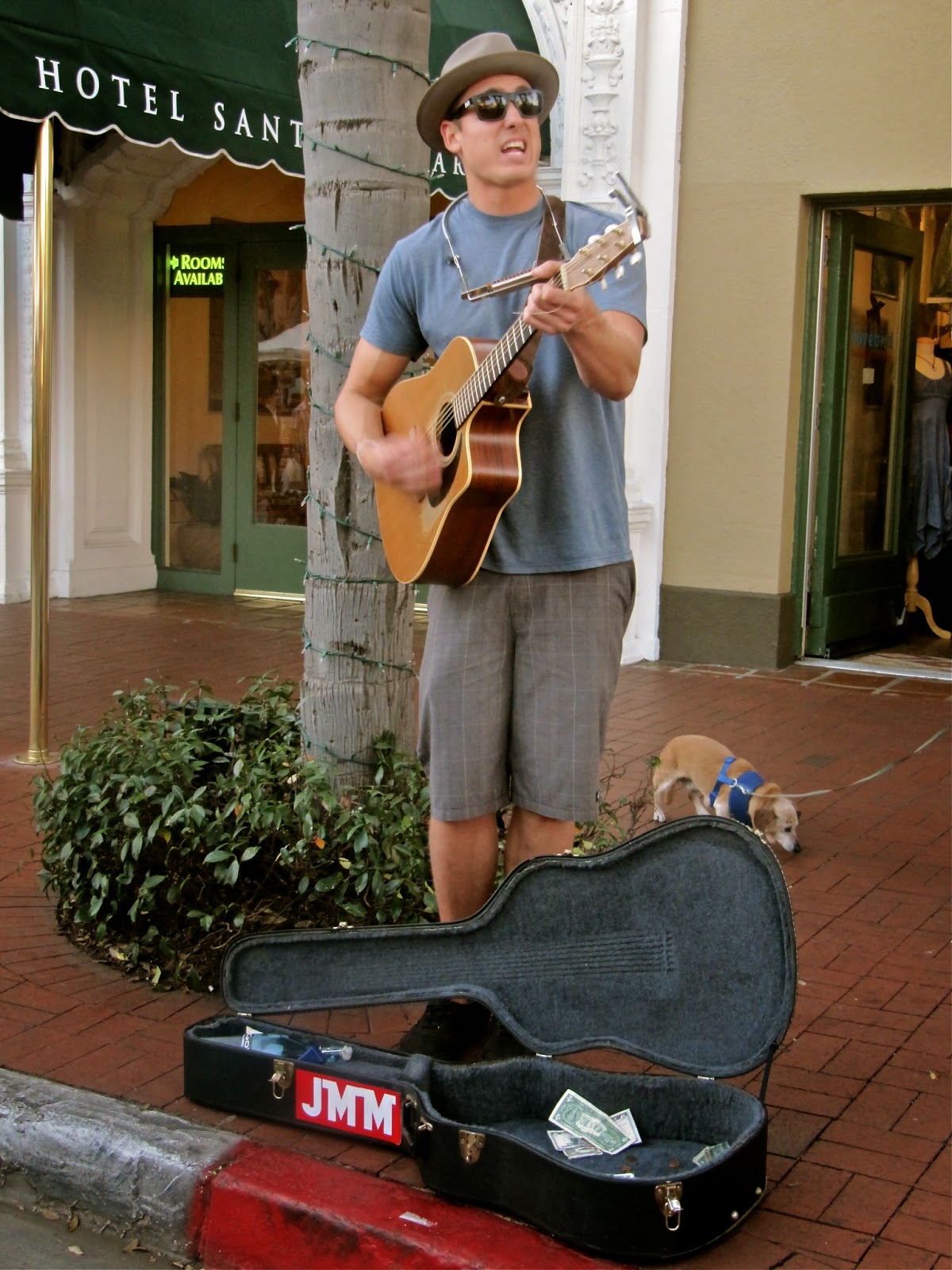 As I move towards my favorite flower seller, I notice a young, clean cut fella singing a Johnny Cash tune with a voice so deep and resonant, it would make the man in black proud. Johnny Miller is not your typical street performer, and he looks so clean cut, I’m sure he was just slumming it for the afternoon after his stressful day on the catwalk. But as he strums his acoustic guitar and tips his hat to the harmonica, he exudes all the charisma that any street performer needs, dirty or not. Johnny usually plays open mic’s or club gigs with his full backing band. Today, he just wanted to play and the Farmers Market seemed to be the perfect stage to test out a few new songs.
So as each week passes, it will never be the same as new faces come, old faces move on and a corner band is breaking down the walls of normality, all for a dollar- maybe a record deal, or maybe just some whiskey that will be the muse of inspiration for the next song in their musical Rolodex.  (Old Town State Street Farmers Market is every Tuesday, from 3-6:30pm winter hours, and 4-7:30pm summer hours)

Book Two for a select few 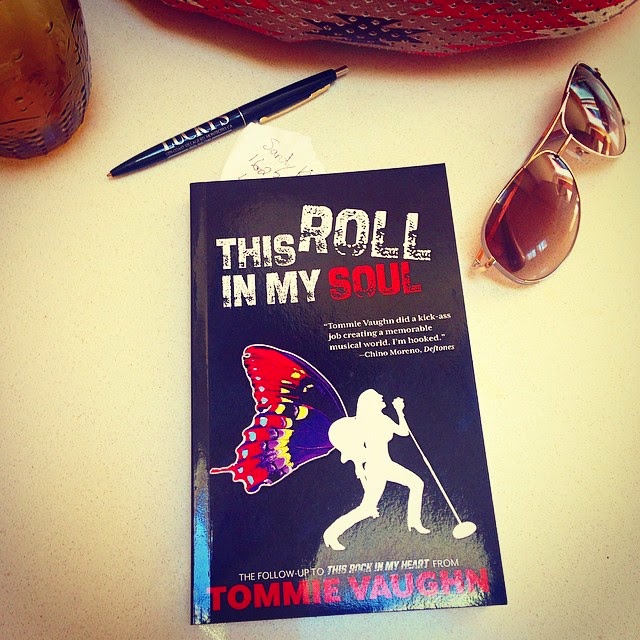 #‎TBT‬ my vintage look for "Cherish Every Moment" video by Wall of Tom special thanks to my style crew @Carrie Diaz and @Brooklyn Stephen. @Chris Knitter Overlooked Productions for shooting such an amazing video too. I loved this day. 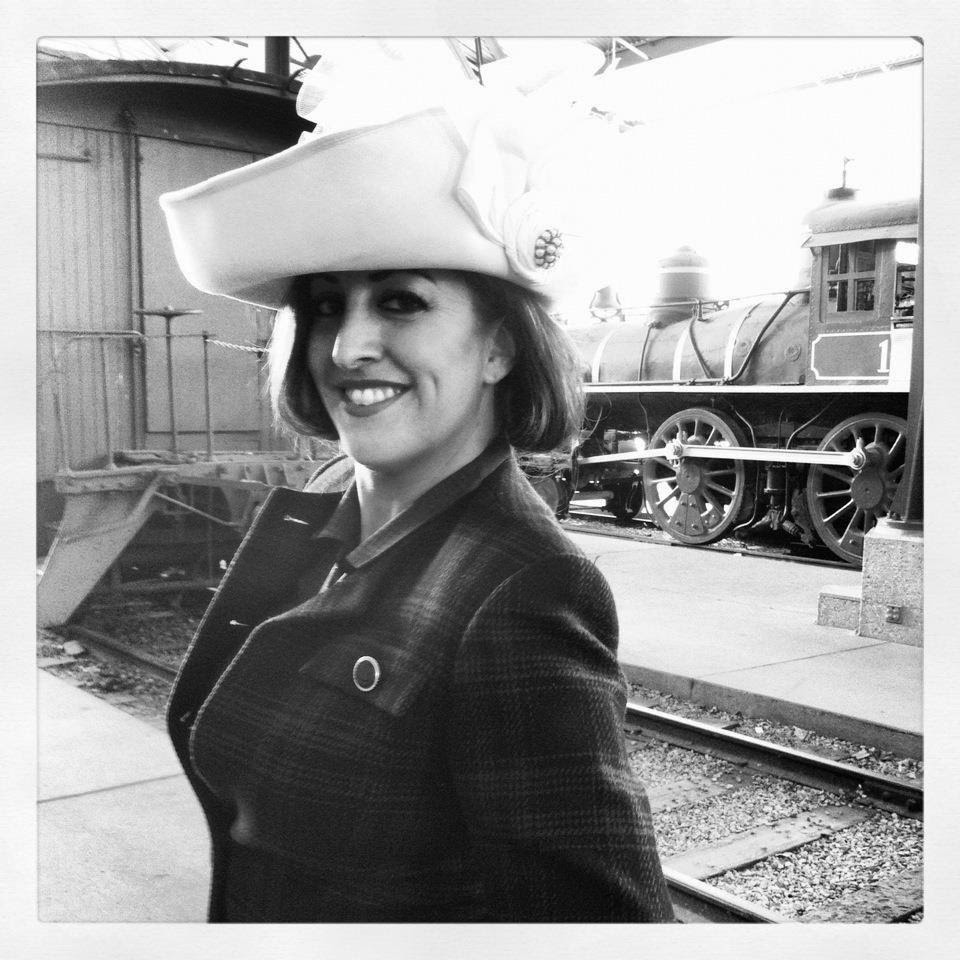