Could there be too many kisses I place upon your sweet face?
Would it wake you as I hold you in a loving embrace?
I cannot control my lips when they meet your soft new skin...
They just keep raining down upon you again and again.
You don't seem to mind as you lie in a peaceful slumber...
only to smile once in awhile as my lips brush yours.
Some will say I spoil you, the horror it must be true.
But I cannot seem to stop myself, so I wont, here is another kiss just for you.
Posted by Tommie V at 9:00 AM No comments: 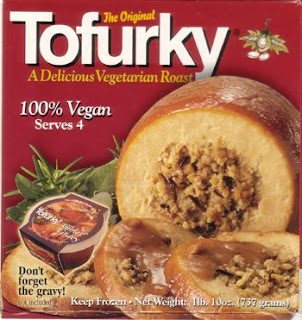 I have never been so happy to be a vegetarian than on Thanksgiving. Everyone seems to base this wonderful glutinous holiday around carving a corpse. I really cannot preach to anyone, I have only been a veg for 5 years now but it has made such a wonderful difference in my life. I finally feel like I am becoming the person I always wished I would be, and growing up on the Oregon coast with a hunter/fisherman enthusiast as a father- I had the steaks stacked against me. When I told my father I was going to become a vegetarian he scowled at me and said "You have been on the sidewalk for too long". Sure, everyone I know back home eats meat and posts photos of their yearly kill lovingly on their facebook page. I get it, I totally understand- and really there is nothing right or wrong about it, but I have made the decision not to do it and that makes me happy.
Believe me, we eat good on Thanksgiving- my husband is passed out cold in a food coma on the sofa as I type this sentence but we didn't harm any animals doing it. I am sure I will piss off a few people with this blog post but fuck it, it is my blog and if you don't like it, don't read it. So anyways I didn't really have a reason for this post I just wanted to actually give my kudos to the product 'Tofurkey', who have made an exceptional product and I cannot believe how tasty and delicious it is... I just started typing and well that is what came out. ;)
Posted by Tommie V at 9:55 PM No comments:

Yes well it has been a long long time since I have written. Why? Well there were many reasons but for the most part of it "Life Happened". I got engaged, planned a wedding, got married and went on a honeymoon, got pregnant on the honeymoon, moved into a house, had a baby boy, had a minor breakdown from lack of sleep, wrote a novel, and well I think that is it.
Since I have been an artist for most of my life this whole 'Mommy' thing has been a new bag of chips for me and has taken some time to get used to. Yes I still write songs, not as often as I used to, but if anyone out there is an artist you know that it comes and goes like the tide ebbs and flows- it is nothing to worry about when it is not 'flowing', it always comes back. Yes I still sing, actually I think I sing now more than I ever did, although the songs may not be up to Wall of Tom standards but my sweet little boy sure loves them. Tony and I play all the time but instead of playing to a crowd it is for an exuberant audience of one. Our son is immersed in music and he seems to love it, we are just waiting for the day when he joins in, and if his squeals of delight are any indication of his vocal range, we have a future front man on our hands.
I did take the down time of pregnancy to write the novel that I have had in my mind for over 10 years but never had the time to write it since I was so engrossed in being a singer in a band. There was always something else I should have been doing. Booking shows, calling promoters, rehearsals, creating fliers, shmooooozing, writing songs, updating every web page to promote the band, playing gigs, shmoooooozing, sending out press releases, photo shoots, and so much more it makes me begin to hyperventilate.
The book was not finished before the baby was born so I think I typed at least half of it one handed while I cradled the baby in the other arm while bouncing on an exercise ball. Seriously.
Now that the book is done I have begun the tedious editing process and have a few people helping so once that is done then the real work begins in finding a literary agent and then a publisher. Such fun. I am always better at creating the art than doing the business that surrounds it, but I know this is the curse of so many artist.
Ok so now that I have broken the seal and begun this page again I will do my best to write as often as possible, sometimes it may be one handed haiku's, sometimes more. Let's just treat this blog as a Forest Gump quote 'It's like a box of chocolates- you never know what your gonna get!"
Posted by Tommie V at 9:50 AM No comments: