Be still, my wine loving heart

The Goldfish Principle
In the Zone by Tommie Vaughn 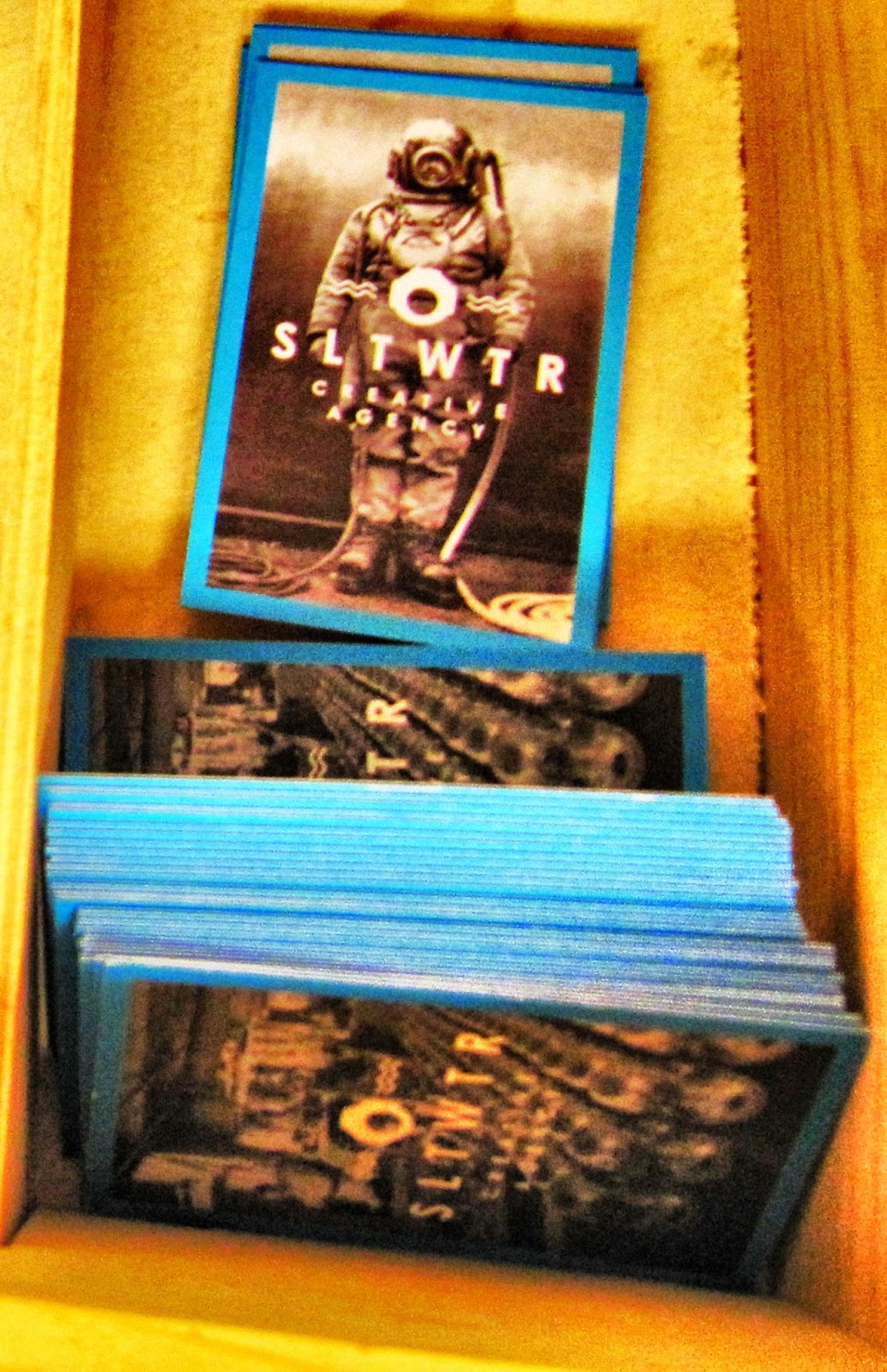 Maybe it’s an old wives tale- that a goldfish will regulate it’s size if it’s in a small or crowded bowl and will only grow larger in a bigger tank… but the metaphor hit the nail on the tail when it comes to SLTWTR Creative Agency. Eric Panofsky, the creative director of SLTWR, began his web design business in his home, building websites for friends, wearing hoodies and fingerless gloves because he couldn’t afford to pay the heating bill. When Eric heard his friend Carey Larson was leaving his position doing online marketing, they decided to combine forces to create SLTWR. 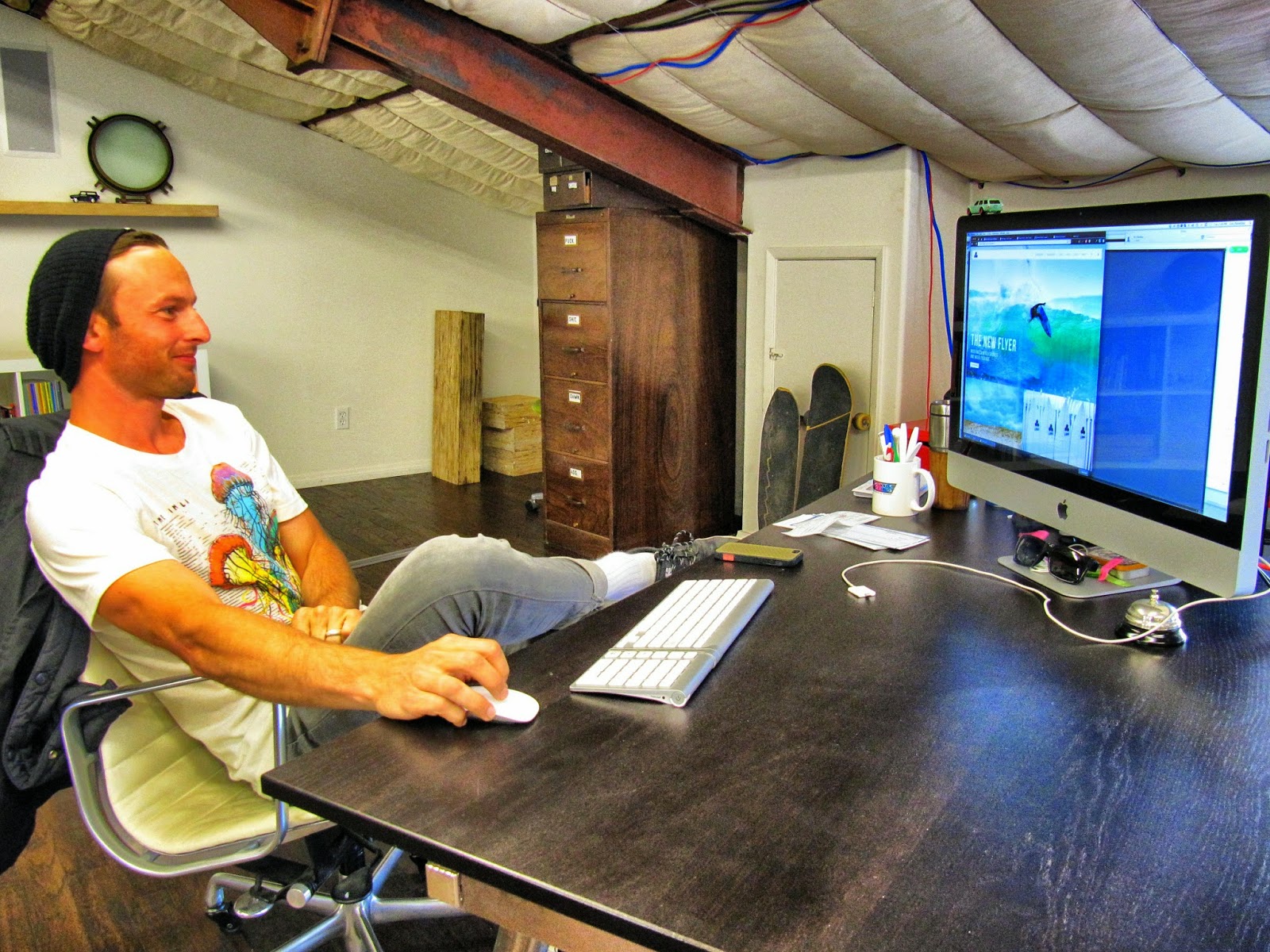 With the advent of the beast that is Social Media, that was quickly immerging into the web-es-sphere, Carey decided to take a post graduate course on social media from the University of San Francisco, which enabled the tackling of clients web design as well as social media presence and the pair took the first step towards growth- opening their first office, a 10x10 window less space on Figueroa and State Street, just steps from the French Press.
From Coffee to Funk
As SLTWR outgrew their small office, three years ago they took the final leap to a much larger tank, a sprawling top floor office space, located at 22 Anacapa Street, close to the beach end of the FZ, complete with a conference room, three large open workspaces (with windows) and enough room for a kicking campaign party or two. The company quickly expanded its in house team to six creative designers and at least three outside field sources between sales and independent contractors. 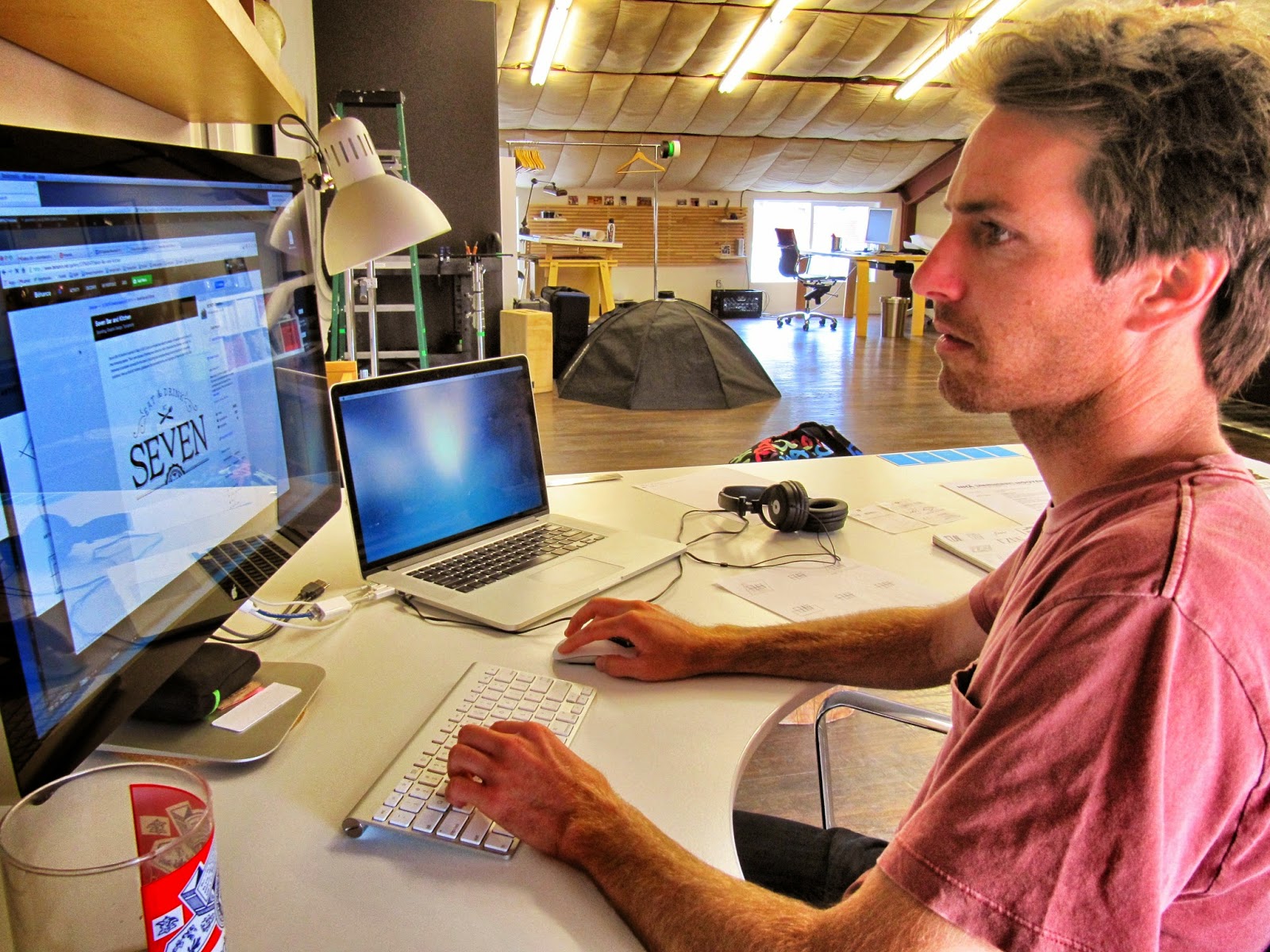 As I sat in their industrial chic, meets surf and skate décor drenched office, Eric, who looks more like a skater than an executive director (I love the relaxed lifestyle industry) explained his company’s mission statement, “SLTWTR is a full service creative agency, so basically we handle any form of marketing for our clients that may benefit from centrally outsourced creativity. We are working with more mid level companies, somewhere around 20-200 employees, looking for a new way to have their brand manifest to the public, a need to improve web presence, a new look and feel. For example Channel Island Surfboards was searching for a new web presence, or Sundance Beach, a company in Goleta, was looking for a complete brand identity, which we provided for them.”
Eric then proceeded to blow my mind as he pulled down two hardcover 60-page books that were complete branding projects, with vivid beautiful images jumping from every page. These books were an entire science of the clients company from the creative minds of the SLTWTR team, capturing a complete visual identity, brand strategy, establishing photography styles, fonts, photography contents, a complete brand strategy, mission statement, describing who they are, what they are, who they sell to and why. There was so much attention to detail within each campaign, down to exact text styles and social media insight, there would be no question in any client’s mind, that wasn’t described perfectly on each glossy page.
So in a sense SLTWTR creates an unforgettable all around online image, for their many lifestyle type clients. But how do they choose? And of course I had to ask if they could spill a few of their clients names, to which Eric (and Caterina Caligiuri, a producer for the SLTWR team, who had come to join us) smiled and gave each other knowing looks. Damn those press people, I’m sure they were thinking, always making me take silly pictures and asking us to name drop. 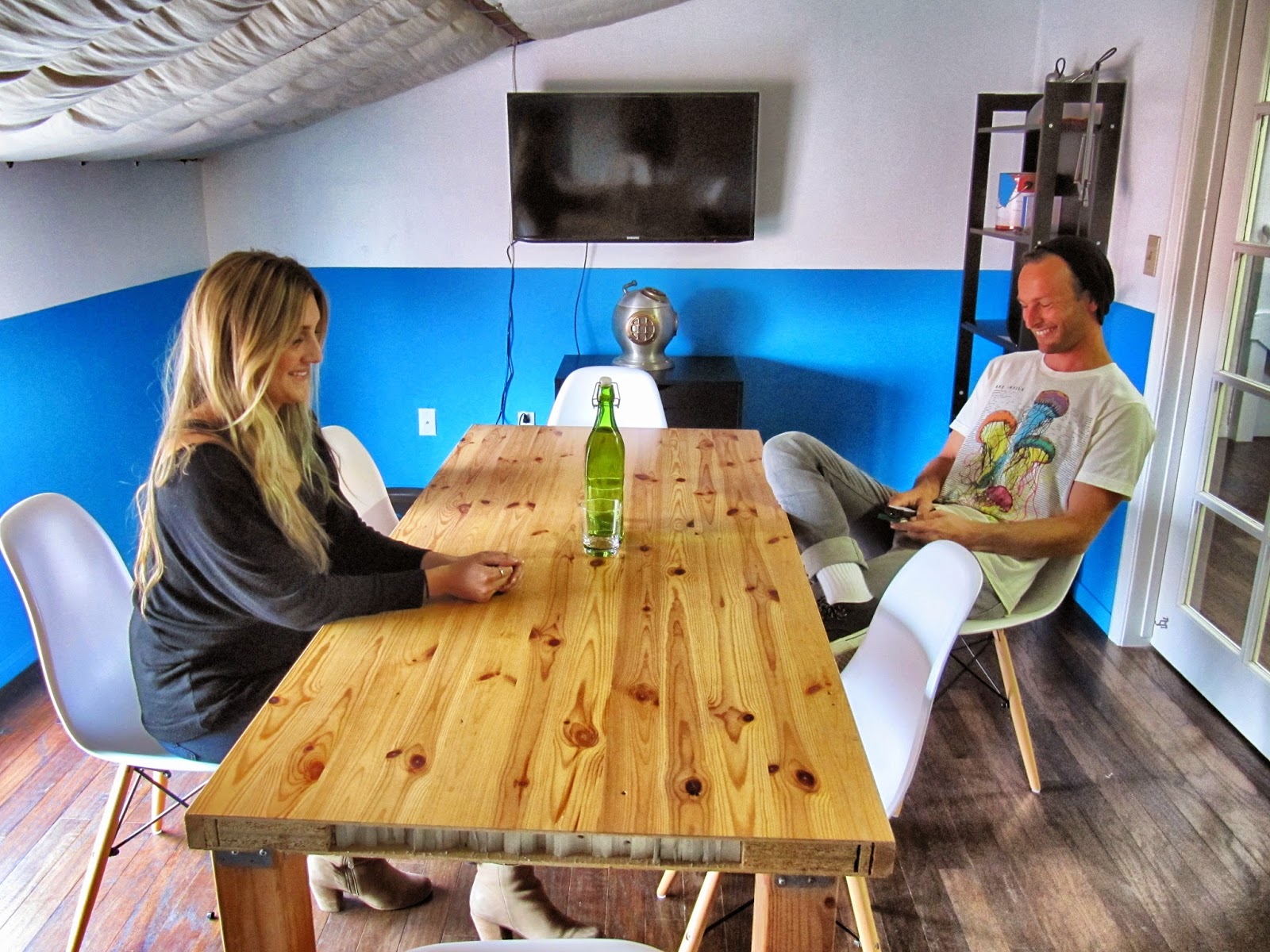 Spill It
“Well, when we consider a new client we call it a discovery phase, we do all our research on their current web presence, background, social media presence, what their intentions are, what their niche is. So lets say our music clients can range from a small immerging band, to mid level e-commerce bands or brands, like vintage steel guitars all the way up to Seymour Duncan.”
Say no more Obi-wan, I have heard the biggest name when it comes to guitar pick-ups, but Eric continues. “Essentially we like to deal with lifestyle companies, clients whom we resonate with and since we now are lucky enough to be able to pick and choose our clients, we can be totally passionate about each project. So the closer the company gets to our shared lifestyle, like music, action sports, art, food… along with bringing some form of cool factor, that is something we can really get behind and get excited about. Kind of like Channel Island Surf Company, our newest client, we are so excited to be creating a ground breaking, new direction, that I think will be thee game changer in the entire surf industry.”
Ask and you shall receive I always say, and boy did Eric and Caterina smile when my eyes bulged out of my head as he spilled their exciting news. As soon as I closed my gaping mouth we went on talking for a while longer about SLTWTR’s rise to this new level of marketing artistry, then turning our attention to how much the Funk Zone has changed over their last three years of residency. They both agreed it was amazing the change that had happened in such a short time, agreeing that it was the best place for them to be, members of an elite artistic community, then mentioning their recent video they had just released, a sort of love letter to the FZ and all their friends who inhabit it, shot by the talented Jesse Natale of J North Productions who is one of SLTWTR’s field team videographers as well, chronicling a day in the life of a SLTWTR staff member, (maybe Eric?) peddling through the Zone and all of their favorite haunts. The video and even more information can be seen on SLTWTR’s wet and wild website at www.sltwtr.com 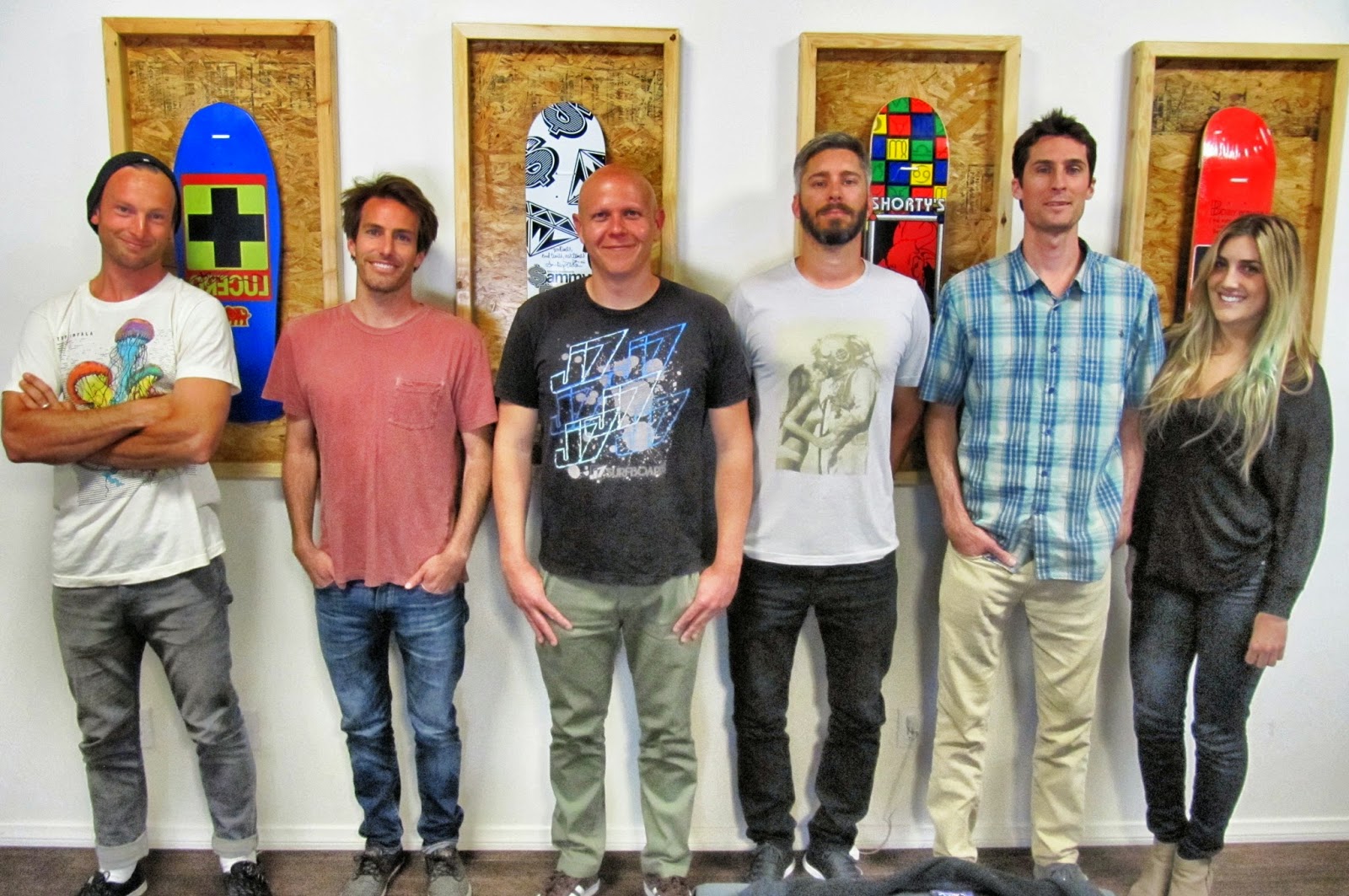 Through the Grapevine:
If you are digging what I’m throwing down in this article and think you have what it takes to be the next incendiary revolutionary, who can make Zeitgeist seem like soooo last season, maybe you would fit in perfectly with this salty crew. You see- their tank has expanded enough for two more like-minded goldfish to be team members. SLTWTR is actively looking to fill positions as Web Developer and Graphic Designer, so get your resume’s polished and go get yourself an interview, tell them Tommie V sent you. Contact bloop@sltwtr.com or call 805-845-5775 SLTWTR Creative Agency, 22 Anacapa Santa Barbara, CA 93108

See the article in the paper here: The Santa Barbara Sentinel page 15